Third phase of PLF programme on handling women issues was conducted at Gadag on 20-23rd July 2018 and Koppal on 10-13 August 2018). 45 PLFs (37 women and 8 men) participated . Participants gained skills in actually writing a complaint, discussing it with police officers and lawyers. Copies of Domestic Incident and First Information Report distributed to give insight on working of the legal system. Alternate dispute resolution systems like NariAdalat, mediation, RTI were discussed with experts.

As the courts heavily rely on documents, a separate session was held on importance of maintaining personal documentation.

In both districts, the PLFs participated in the exposure programme -Attended court proceedings and interacted with the Judges, got introduced to the concept of mediation, Visited Special treatment cell and talked to the staff and some survivors of violence, and also visited the women police station. Through the field based demonstrations they got hands on experience on conducting grassroots programme (GRP) and planned and prepared for field programmes. 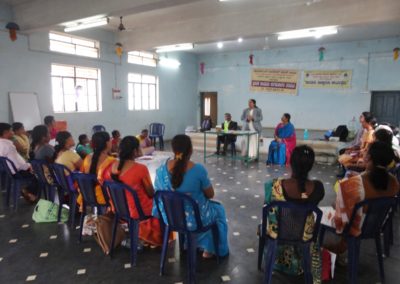 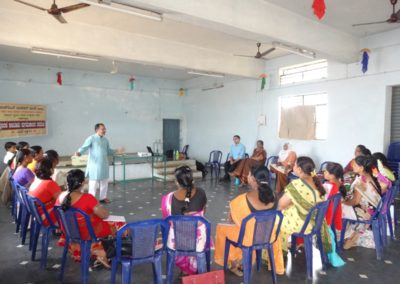 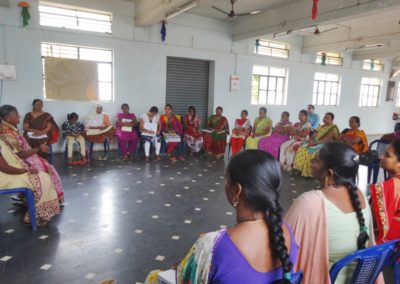 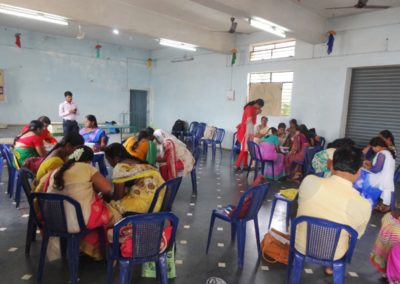 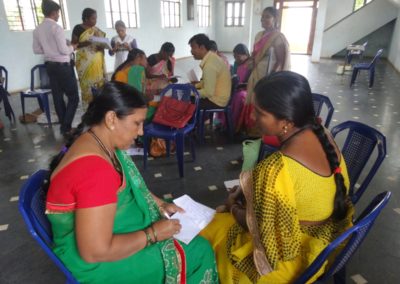 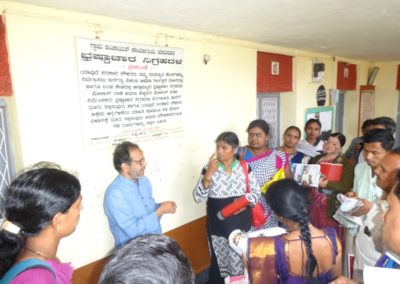 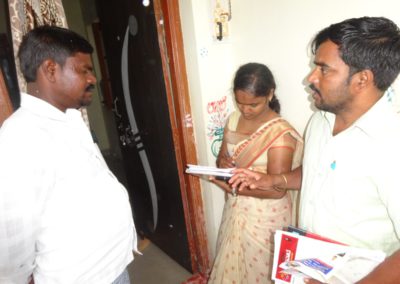 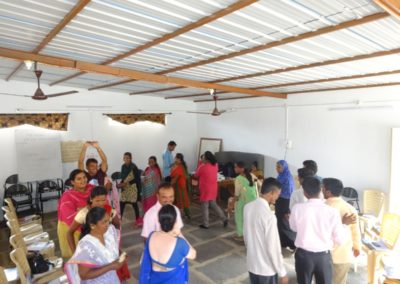 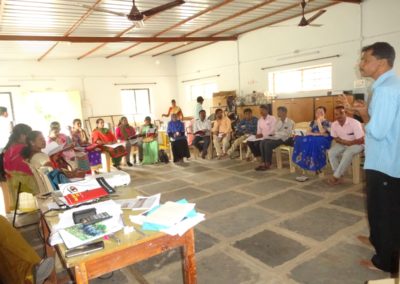